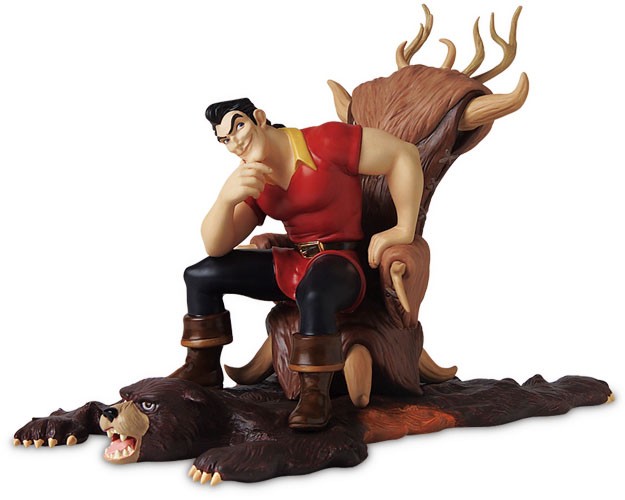 Beauty and The Beast Gaston Scheming Suitor - Gaston is the 9th release in the Members-Only Villains Series. This members-only sculpture includes a resin bear-skin rug. Gaston is not attached, so you can display with or without the rug. The redemption period for both sculptures is May 15 - Sept. 30, 2005. A combined Redemption Certificate for Gaston and the Village Girls will be sent to members. Members may order one or both of the pieces.