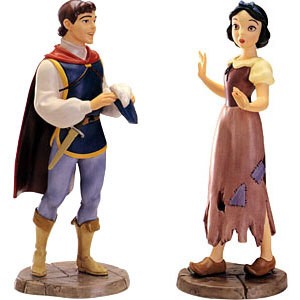 There is 1 Available of Snow White And Prince I'm Wishing For The One I Love at this price.

Plussing:
Prince's Dagger: Pewter. Particulars:
Two-figure set featuring Snow White (in her rags) when she meets the Prince for the first time.