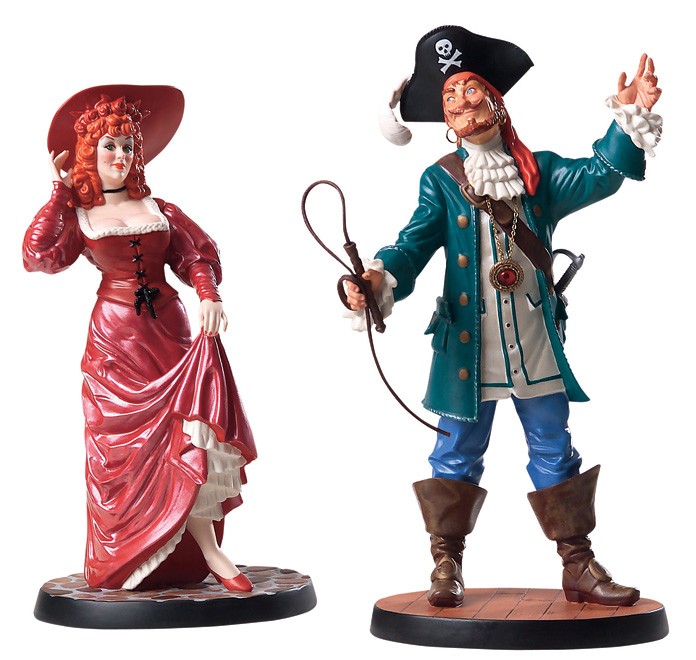 WDCC Pirates Of The Caribbean Auctioneer And Redhead