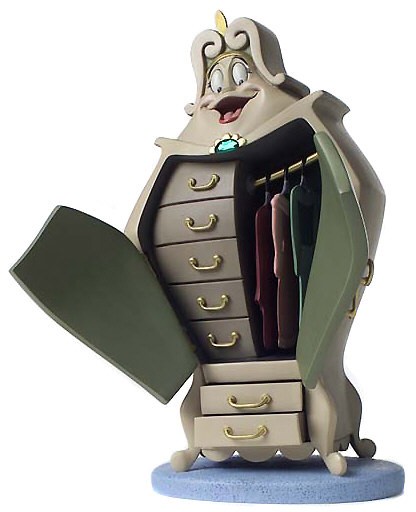 WDCC Beauty And The Beast Wardrobe

Wardrobe "You'll Look Ravishing in This One"

The Wardrobe is made of resin and comes with a glass gemstone, two (2) pullout drawers, doors that open and close and removeable dresses.