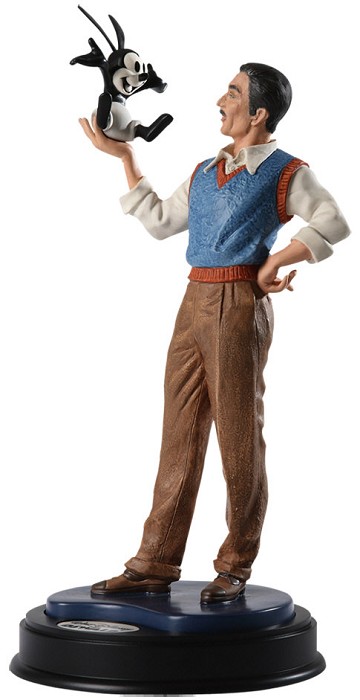 Before the Mouse there was a Rabbit-Oswald the Luck Rabbit, this is. Walt Disney's first cartoon star, Oswald paved the way for a certain mouse named Mickey with animated antics that had 1920s movie audiences in stitches.
Plussed with pewter ears on Oswald, this historic sculpture portrays the young filmmaker with his happy-go-lucky hare, who embodies the sassy style of early animation. It's a tribute to both Walt and the rambunctious rabbit who's hopping along the 21st-century comeback trail.
Walt and Oswald entitled "True Originals" is a limited edition of only 1,500 pieces.
Comes with Certificate of Authenticity (COA).