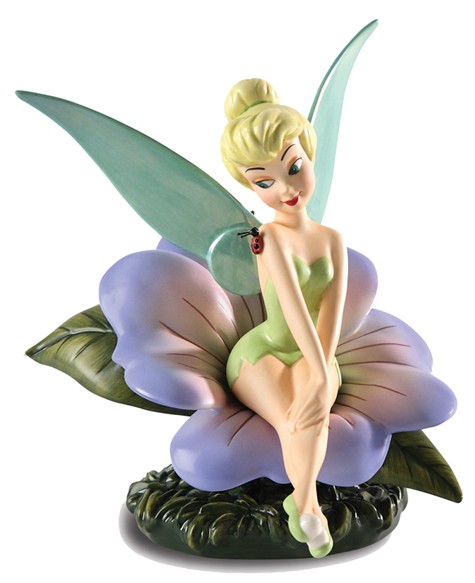 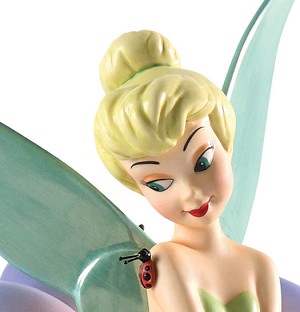 As an option you may also pay for WDCC Disney Classics Peter Pan TinkerBell Enchanting Encounter 2012 Premire Event using Paypal Checkout. Please note that all orders must be delivered to a physical address verified by Paypal. This PayPal option is not applicable to orders to be delivered to Military or International orders.

Celebrating summer while sitting pretty on a blossom in full bloom, Tinker Bell shows all the sunniness and sass that has made her so irresistible ever since she first flitted onto the scene in Walt Disney's Peter Pan. Pretty as a posy, this twinkling pixie lights up with a pert smile for a ladybug who lights on her shoulder. The piece is plussed with pewter leaves, hair ribbon and ladybug, and specially designed by Disney Master Artist David Pacheco. This is the fourth and final release of the Tinker Bell Seasons Series.