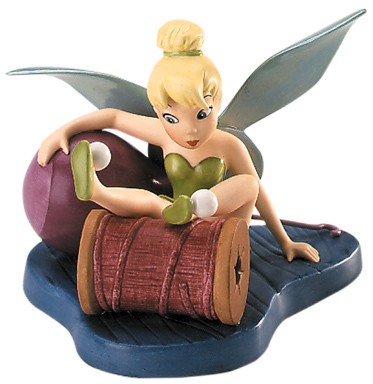 As an option you may also pay for WDCC Disney Classics Peter Pan Tinker Bell Little Charmer using Paypal Checkout. Please note that all orders must be delivered to a physical address verified by Paypal. This PayPal option is not applicable to orders to be delivered to Military or International orders.

Plussing:
Buttonhook: Brass.
Wings: Opalescent paint on her delicate wings.
Particulars:
Tinkerbell was the Member Gift Sculpture for those collectors who joined the Walt Disney Collectors Society and/or renewed in calendar year 2001.