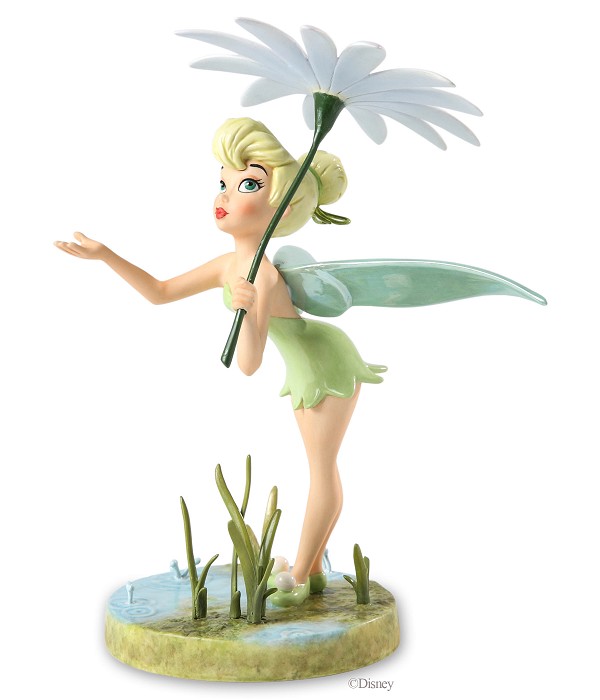 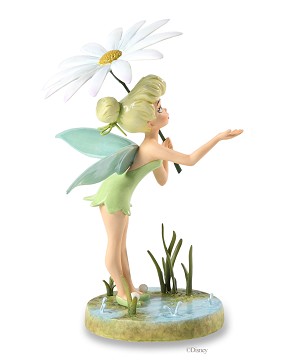 As an option you may also pay for WDCC Disney Classics Peter Pan Tinker Bell A Splash of Spring 2012 Spring Premiere Event using Paypal Checkout. Please note that all orders must be delivered to a physical address verified by Paypal. This PayPal option is not applicable to orders to be delivered to Military or International orders.

Tinker Bell What's a pretty little pixie to do when the raindrops of a spring shower start to splash down on her delicate beauty? Why, use a dainty daisy as an umbrella, naturally. The sixth in the Disney Artist Series, this fresh-as-a-daisy sculpture is delightfully plussed with pewter grass, water drops, and hair ribbon, and a bronze daisy stem. Specially designed by Disney Master Artist David Pacheco, Tinker Bell is the centerpiece of the Walt Disney Classic Collectionï¿½s 2012 Spring Premiere Event. Aglow with the magic of one of Walt Disneyï¿½s most beloved characters, this pixie-dusted piece perfectly captures the sprightly spirit of Tinker Bell as the playful pal of Peter Pan celebrates spring as only she can.