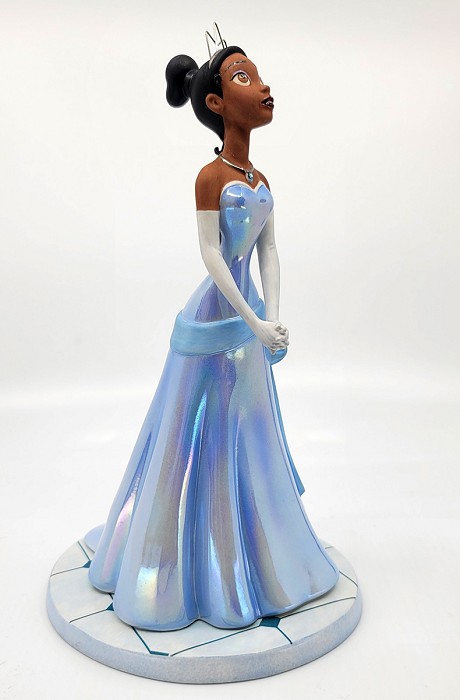 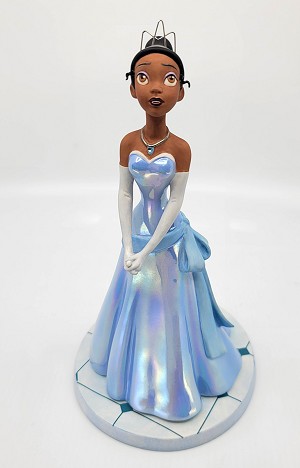 The Princess And The Frog Tiana Wishing on The Evening Star

The elegant sculpture is 8-1/2" tall.
Tiana's dress is plussed with opalescent paint, her hair features pewter curls and her necklace includes a sparkling crystal.
An Open Edition release, she was sculpted by artist Kent Melton. Retired Aug 2011.