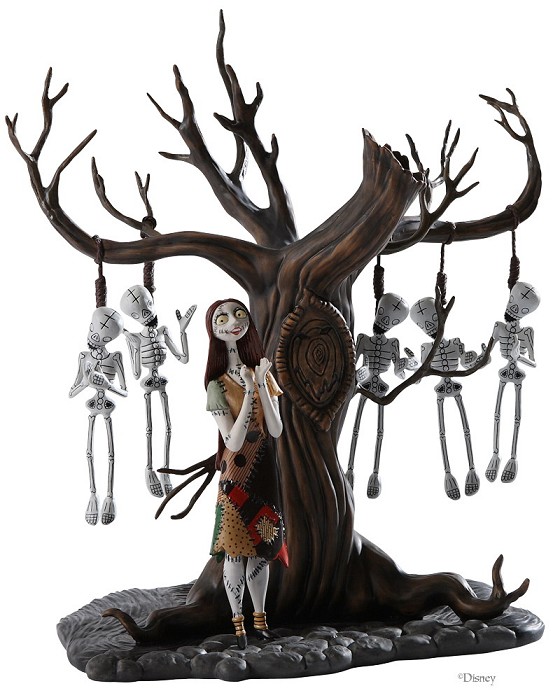 WDCC The Nightmare Before Christmas Sally With Skeleton Tree

The Nightmare Before Christmas Sally with Skeleton Tree

TIM BURTON'S THE NIGHTMARE BEFORE CHRISTMAS Deviltry, singing skeletons, and undersea mayhem make things merrily macabre as the demented denizens of Halloweentown welcome their Pumpkin King in their own wonderfully warped way. While sweet rag doll Sally looks on amidst the eerily animated bony band of the vocalizing Skeleton Tree, (plussed with pewter and real rope cord) the delighted Devil (plussed with pewter tail and feet) and the charmingly repellent Undersea Gal (plussed with pewter arms and neck) give Jack the highest compliment possible: he made flesh crawl! Behind the scenes, the puppet kings (and queens) animated 227 individual characters for the grisly engrossing tale, leading to the creepy characters celebrated by these ghoulishly spook-tacular sculptures.
Sally with Skeleton Tree: Otherworldly Ovation. Numbered Limited Edition 750.