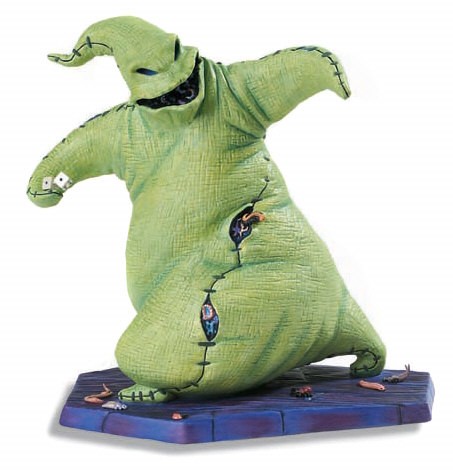 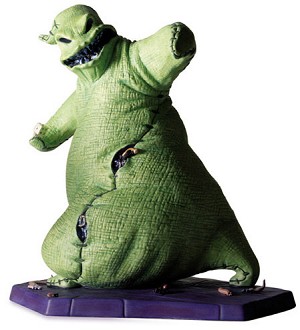 As an option you may also pay for WDCC Disney Classics The Nightmare Before Christmas Oogie Boogie Im Mr Oogie Boogie using Paypal Checkout. Please note that all orders must be delivered to a physical address verified by Paypal. This PayPal option is not applicable to orders to be delivered to Military or International orders.

Special Backstamp: '10th Anniversary' Backstamp.
Particulars:
Like with the 2000 release from 'The Nightmare Before Christmas' (Jack, Sally and Zero), a specially backstamped set of the 2003 releases (Oogie Boogie and Zero's Dog House), limited to 600 sets, was available beginning in September, 2003 exclusively at select Disney Stores throughout North America and also through Disney Store On Line.
The special backstamp design (pictured below) features Jack Skellington's head along with the year of the feature film