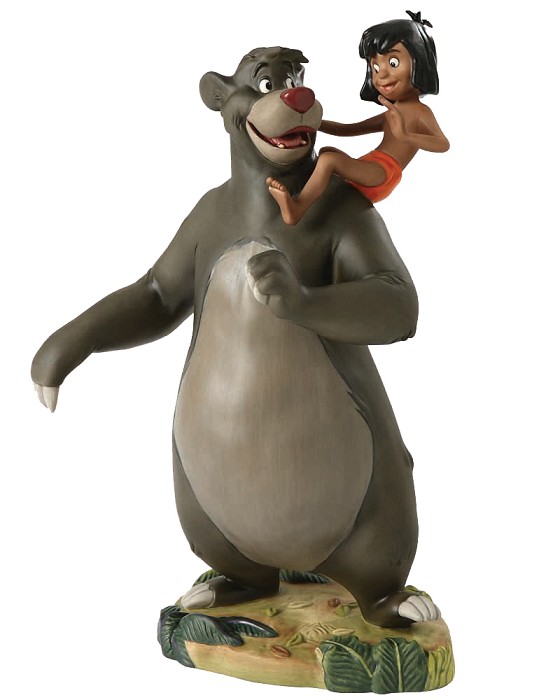 Be-bopping along and singing a jungle song, Baloo the jive-talking bear and Mowgli the man-cub are an inseparable pair. I kept thinking how can I make this bear and this kid feel closer together, noted animator Ollie Johnston, while fellow Disney artist Frank Thomas added, that with Baloo and Mowgli,"I think we got the strongest friendly relationship between two characters we ever got in any picture. Baloo was to originally have had a much smaller role in The Jungle Book but the relationship between the boy and bear was so heartfelt, the jazzy bruinï`s role grew. Plussed with a pewter cowlick on Mowgli, this irresistible sculpture highlights the humorous and heartwarming jungle-born kinship between two of Walt Disneyï`s most cherished characters " the endearing Little Britches and his ever-lovin" Papa Bear