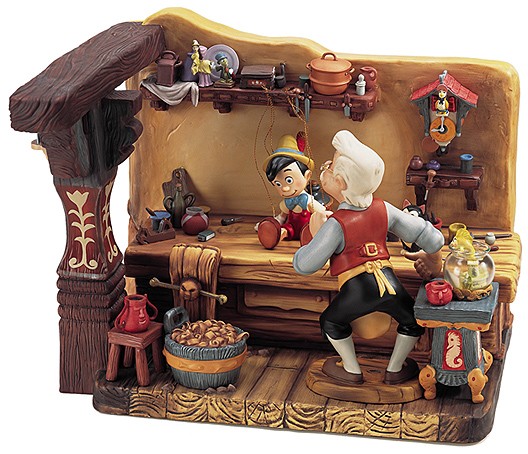 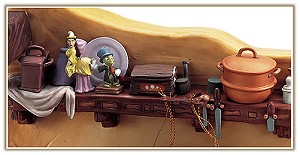 Plussing:
Jiminy Cricket: Pewter.
Lady Figure, Clock Parts, Wood Shavings, Tools, Vise Handles & Handles on Pots: Pewter.
Strings: Metal.
Pour: Resin.
Particulars:
2002 Signature Series release.
Numbered Limited Edition of 1,000 pieces.
This third sculpture in the Signature Series features the rarely portrayed Pinocchio as a marionette, before he has been brought to life by the Blue Fairy.
As a unique "finishing touch," the workbench's outside wall is adorned with the Stromboli poster seen in a later scene in the film.