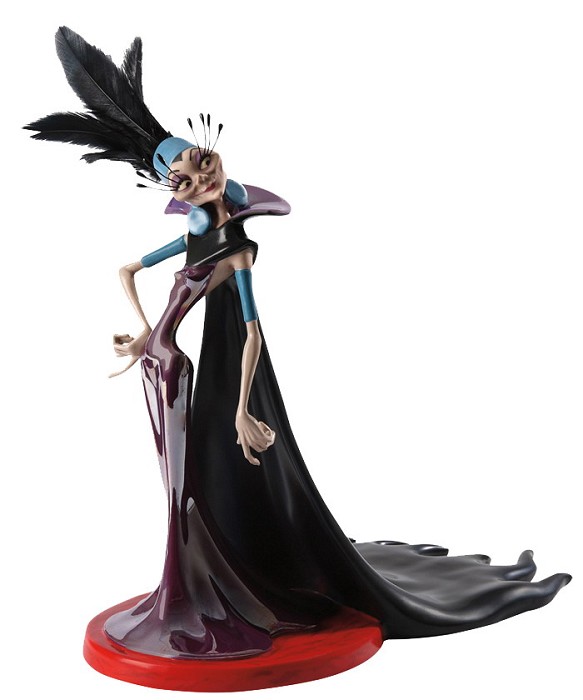 Wild and wacky as well as wicked, Yzma tries hard to be elegant"but somehow sheï¿½`s prone to slapstick mishaps. This slinky seductress is actually a sorceress and while she plans on poisoning the spoiled young emperor and take over the throne, fate has something else entirely in store.

Making her WDCC debut, from The Emperor's New Groove, Yzma ("Calculating Conspirator") is a Numbered Limited Edition (NLE) of 500.
One of Disneyï¿½`s most hilariously heinous baddies, Yzma is plussed with pewter, resin and a magnet to hold the elaborate headpiece (featuring real feathers) in place.