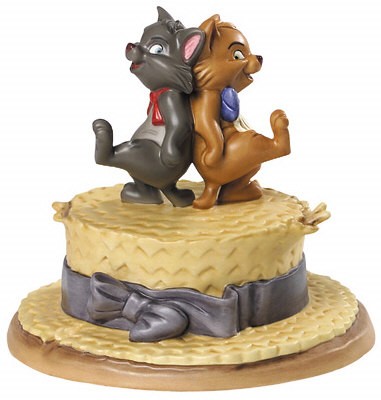 In a subtle yet delightful tribute to Maurice Chevalier-the famed French entertainer who came out of retirement to sing the 'Aristocats' theme song-the artistically inclined kittens dance atop a dapper straw hat.
Limited to Production Year 2004.