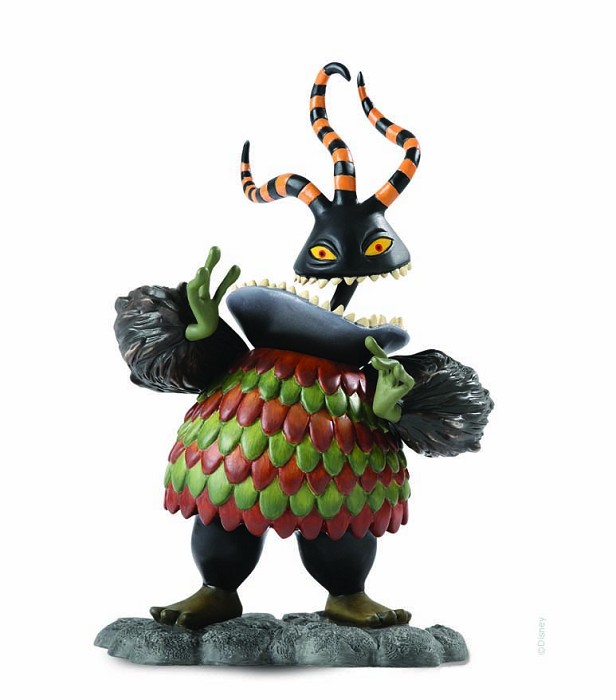 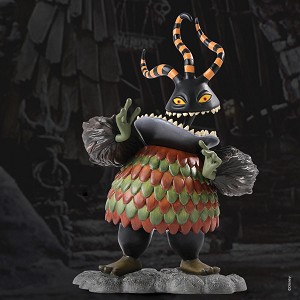 The Nightmare Before Christmas Harlequin Demon - Joining the other creepy guys and ghoulish gals who populate Halloweentown, the inquisitive and helpful Harlequin Demon does his best to create a Christmas that no one will ever forget. When we first glimpse this ghastly grinner, he curiously questions if thereï`s pox in the Christmas gift box Jack Skellington presents at the Town Hall meeting and, later, during the preparations for Christmas, this tentacle-topped monsterï`s task is creating horrifically haute couture hats from dead rats and bats. Plussed with pewter hands and neck, this delightfully demonic denizen of Tim Burtonï`s The Nightmare Before Christmas joins all the other weirdly lovable Walt Disney Classics Collection sculptures inspired by that frighteningly fun-filled film. Whether itï`s Halloween, Christmas or whatever the season, the Harlequin Demon knows how to scare up some high-spirited hijinks. Limited