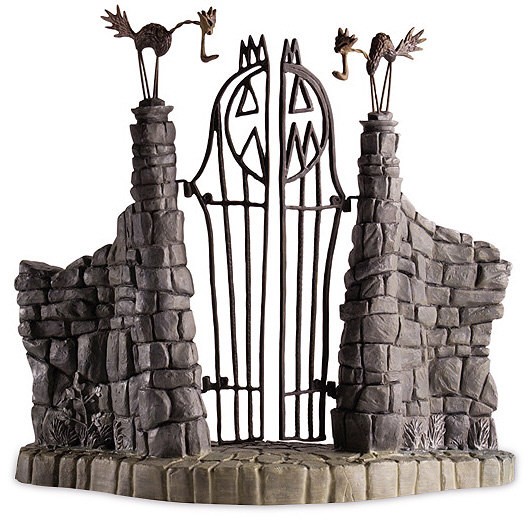 As an option you may also pay for WDCC Disney Classics The Nightmare Before Christmas Gate Jack Skeletons Gate using Paypal Checkout. Please note that all orders must be delivered to a physical address verified by Paypal. This PayPal option is not applicable to orders to be delivered to Military or International orders.

Plussing:
Stone Wall & Base: Resin.
Gate: Pewter with bronze hinges.
Cats: Pewter with bronze legs and metal necks.
Particulars:
Like with the 2000 release from 'The Nightmare Before Christmas' (Jack, Sally and Zero), a specially backstamped set of the 2002 releases (Dr. Finklestein and Jack Skellington's Gate), limited to 600 sets, was available beginning in July, 2002.