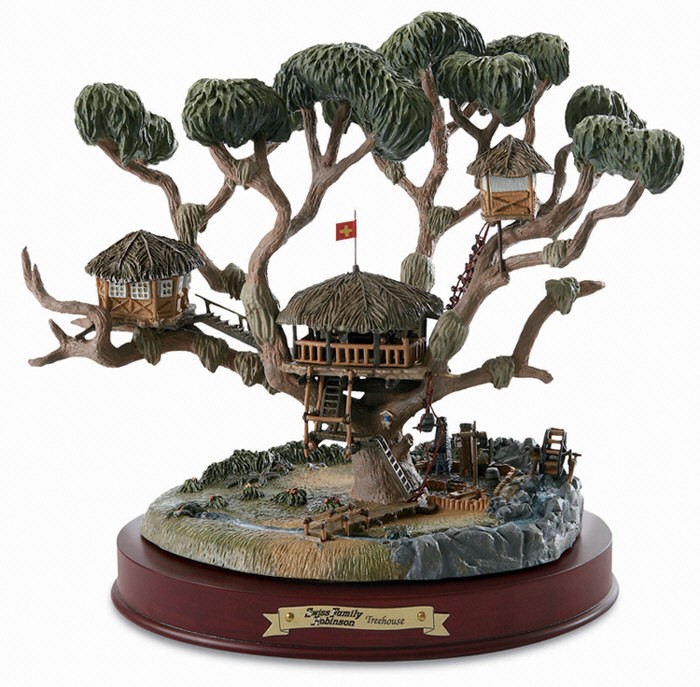 The Treehouse is plussed with 11 resin components, 32 metal components and string.
Particulars:
Numbered Limited Edition (NLE) of 750.
The main treehouse has a removable roof where you can look inside and see the furnishings inside. This sculpture depicts the film version of the Treehouse and not the attraction (although the attraction was inspired by the film).

The members of a Swiss family are the sole survivors of a shipwreck on an uncharted tropical island. With great courage and ingenuity, they use the salvage from the wreck to build a home in a huge tree, raise food, and protect themselves from a raiding band of pirates. The rescue of the granddaughter of a sea captain from the pirates precipitates the ultimate attack by the buccaneers. The furious battle is almost won by the brigands, when grandfather's ship arrives and routs the attackers. The romance between the eldest Robinson boy and the granddaughter culminates in their marriage. The new couple and much of the family decide to stay on the island paradise, but scholarly brother Ernst decides to go back on the ship to civilization.