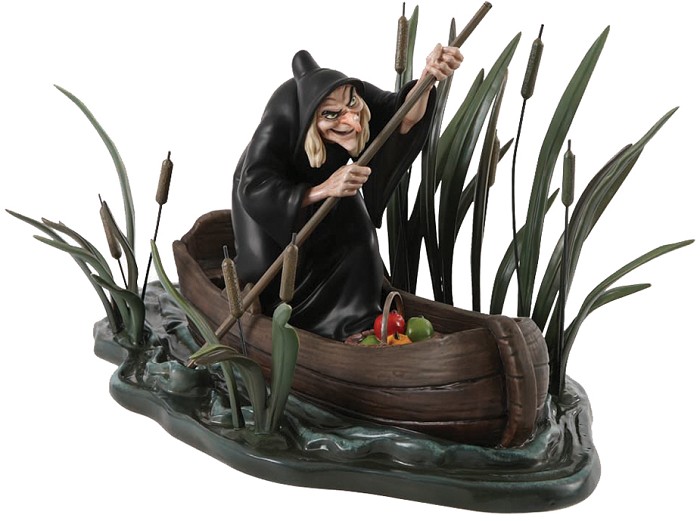 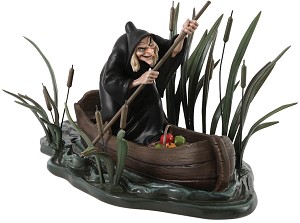 Disguised as an old peddler woman, the sinister Queen stealthily steers her boat through the tall reeds of the swampy water. The epitome of evil, this wicked witch has a precious but poisonous cargo aboard: a cursed apple intended to destroy innocent Snow White. Of this striking scene animation historian Al Kilgore declared that, the Witch's trip from her castle to the forest in the fog-shrouded dawn is the most underrated scene in the entire film. It is the most subtle use of multiplane, color, and realistic animation. A truly dramatic sculpture, this powerfully crafted piece (plussed with a pewter basket handle, pewter hands and wooden oar), conveys the darkness of animation's most wicked villain, as well as the passion and grandeur of Walt Disney's first full-length animated masterpiece.