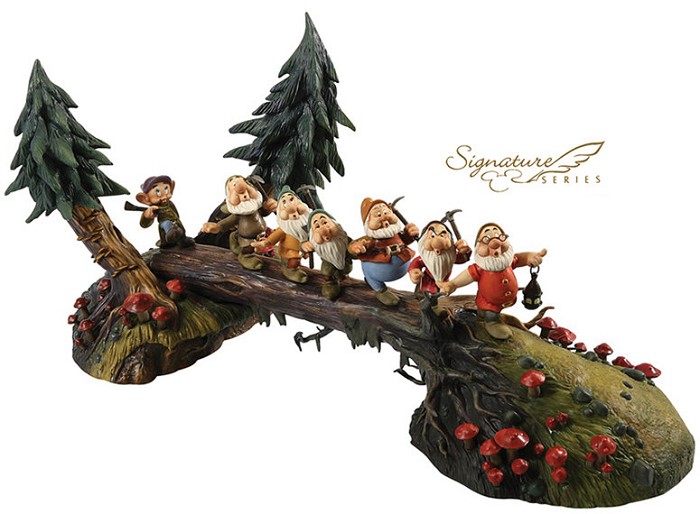 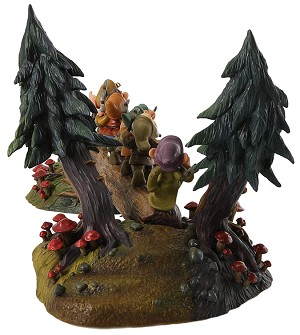 The Dwarfs marching across the log is the Ninth (9th) release in the Signature Series.
Plussed with eighteen (18) pieces of pewter for tree roots, six (6) pieces of pewter for pick axes, brass wire lamp handle, one (1) piece glass frame two (2) pieces on the tops of trees are resin.
A Numbered Limited Edition (NLE) of 750. One interesting thing to note is the color application -- the sunlight is hitting one side of the Dwarfs and log in the film so the paint technique fired onto the sculpture recreates this shading.
This year's Signature Series release was sculpted by Patrick Romandy-Simmons who also sculpted the First (1st) Signature Series release in 2000, the Numbered Limited Edition (NLE) of 1,937 Soup's On (the lost moment) also from Snow White and the Seven Dwarfs.