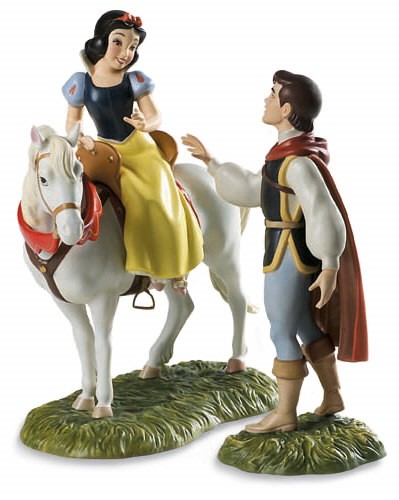 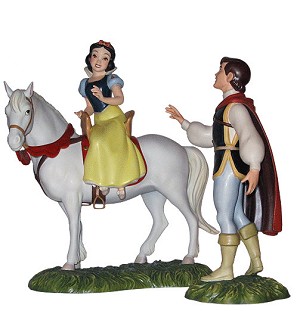 Snow White and Prince And Away to His Castle We Go

Prince's Knife: Pewter.
Horse's Stirrups: Pewter.
Particulars:
This romantic sculpture set exquisitely captures every joyful detail of that unforgettable moment from Walt Disney's first animated feature when the fairest one of all and her Prince start off for the happiest of all "happily ever afters."
Inspiration for the 'Dreams Come True' Series.
Walt Disney Art Classics introduced a Whiteware Numbered Limited Edition (NLE) version of the Snow White and the Prince Set at the Dealer Forum held in Walt Disney World in May 2003.The edition size of the whiteware version was 175 sets, available only to those dealers who attended the forum.