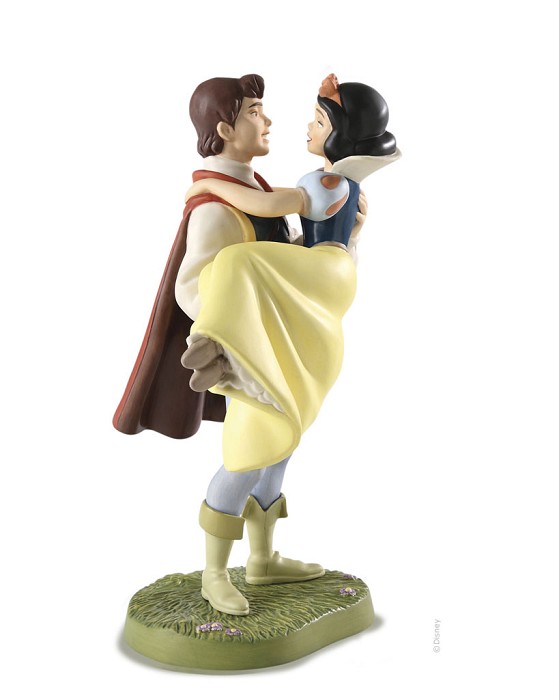 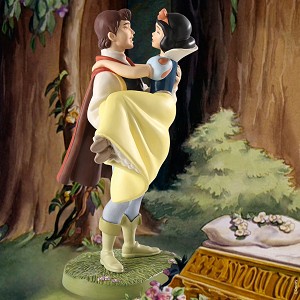 Snow White and the Seven Dwarfs In celebration of the 75th anniversary of Snow White and the Seven Dwarfs, the Walt Disney Classics Collection presents the princess who started it all in the arms of her gallant Prince. Walt saw this loyal royal as an essential element of the timeless fairy tale. "I thought it was a perfect story," said Walt. "I had the sympathetic Dwarfs" I had the heavy; I had the prince and the girl, the romance. I just thought it was a perfect story." The "heavy" is, of course, the Evil Queen, but the Princeï`s true love is more powerful than her wickedness, for it is his kiss that awakens Snow White from her spellbound sleep. Plussed with pewter legs and sword, this princely sculpture handsomely mirrors the glorious happy-everafter of Waltï`s first"and most enduring and endearing"animated feature.