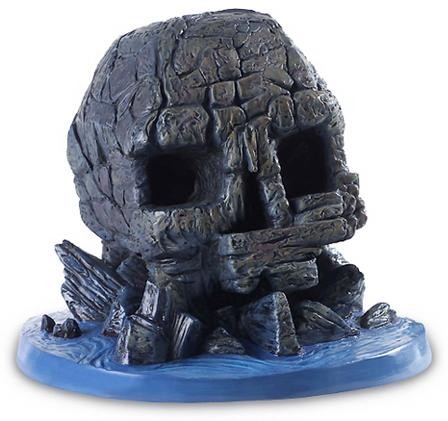 Particulars:
Gift given to registered convention guests upon registering for the 2003 Celebration of Walt Disney Art Classics aboard the Disney Cruise Line, May 15-18, 2003.
Skull Rock is made of resin.
The Skull Rock registration gift was made to compliment the featured sculpture, "Hooray for Captain Pan!" but could also work with the retired Peter Pan scene featuring Peter Pan, Captain Hook, Mr. Smee and the Crocodile and/or the Enchanted Places release of the Jolly Roger (Captain Hook's Ship)
Limited Edition of 500 pieces.