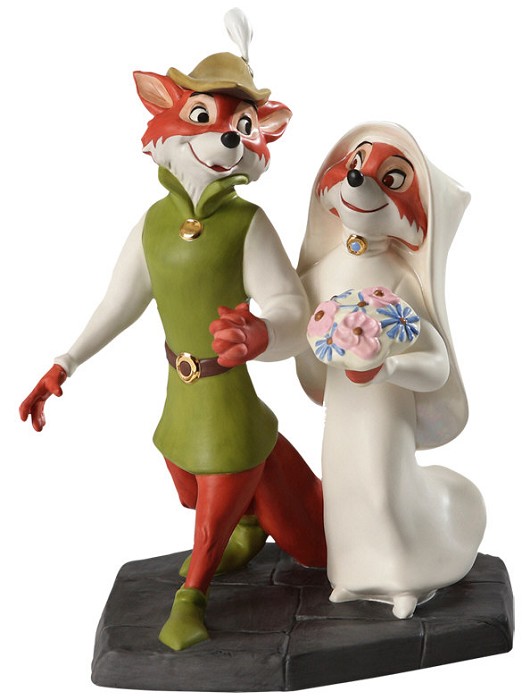 Love triumphs as Robin and Maid Marian leave the church to greet their well-wishers in this memorable "Happily Ever After" moment featuring the filmï¿½`s stars. It is the only sculpture currently in the "active" line that features characters in their wedding attire.
Plussing:
Tufted Bouquet: Pewter.
Retired May 2012