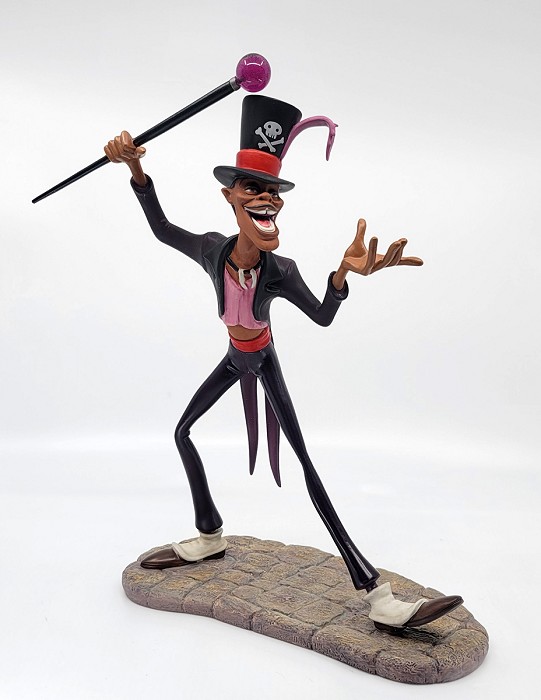 Oozing with Southern charm and deceptive promises, magical, mystical Dr. Facilier is the deceitful voodoo man who masks his dark purposes with an underhanded pledge to make dreams come true. "Heï`s musical, heï`s threatening, heï`s tall, heï`s lean, heï`s thin," observes supervising animator Bruce Smith of this versatile villain. "He can be very sweet. Heï`s handsome. Heï`s graceful. And I think all that stuff is, in very contemporary animation anyway, rare to see in that type of villain." Plussed with pewter and a glass bead topping his sinister staff, this shadowy figure is being a honored as a truly classic baddie, for Dr. Facilier is the 2011 release in the scary-but-sought-after Disney Villains series. Numbered Limited Edition 500 Disney Villains Series Plussed with Pewter Legs, Pewter Feather, Pewter Hand and Staff, Glass Bead on Staff