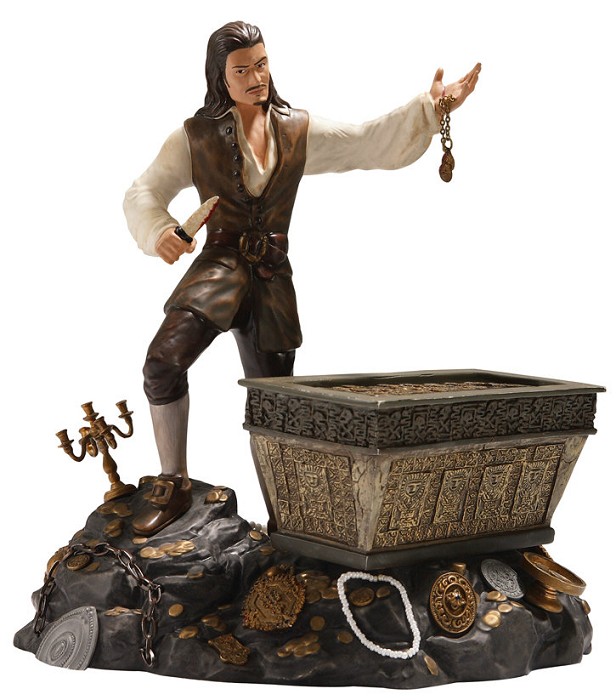 As an option you may also pay for WDCC Disney Classics Pirates Of The Caribbean Will Turner And Treasure Chest Bloodstained Bravado using Paypal Checkout. Please note that all orders must be delivered to a physical address verified by Paypal. This PayPal option is not applicable to orders to be delivered to Military or International orders.

Pirates Of The Caribbean Will Turner and Treasure Chest Bloodstained Bravado