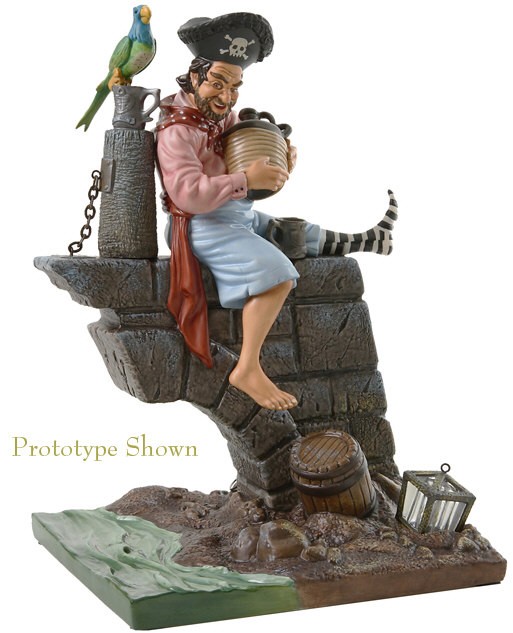 WDCC Pirates Of The Caribbean Pirate On Archway Bridge

Pirates Of The Caribbean Pirate on Archway Bridge A Parrot's Life For Me.

Lantern/Candle: Pewter and resin with a metal hook on top.
Bucket Handle: Brass wire.
Chain and Hooks: Metal.
Fifth release in a series of sculptures based on the popular Pirates of the Caribbean attraction.
The Pirate on the Archway Bridge was released on October 13, 2007 at the Disneyland" Resort .
The series will include sculptures based on several vignettes from the original attraction (not from the 2006 redress featuring representations from the live action films). The series of sculptures will release exclusively at the Disney Theme Parks.