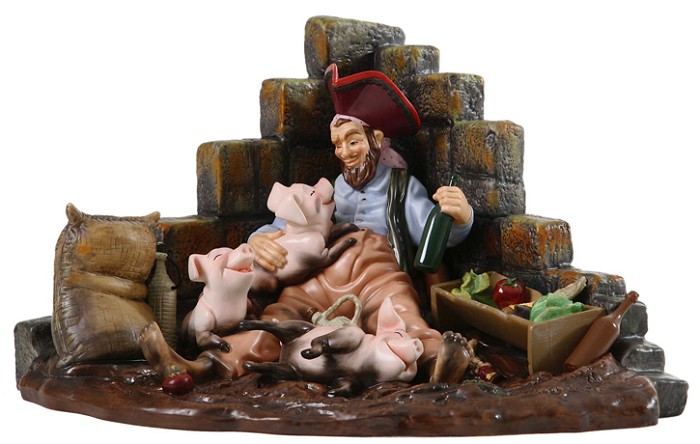 Pirates Of The Caribbean Pirate With Pigs Drink Up Me Earties

Retired 12/09.
Plussing
Pigs Tails: Pewter.
Vegetable Trough: Resin.
Particulars
Fourth release in a series of sculptures based on the popular Pirates of the Caribbean attraction.