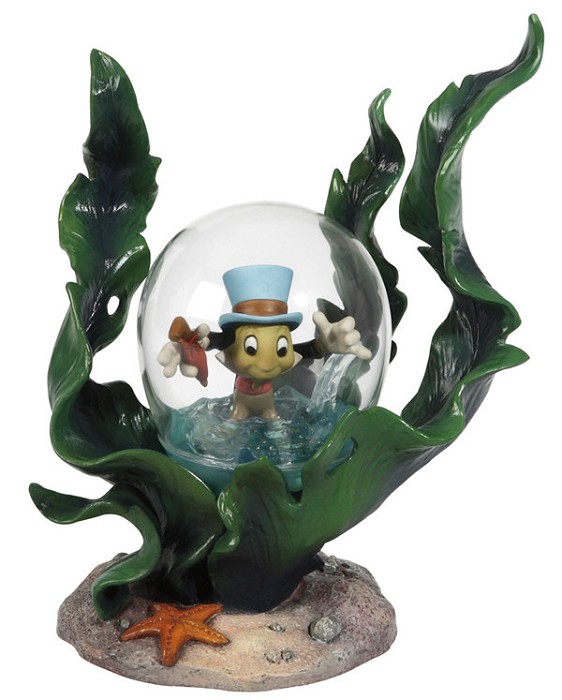 While Jiminy Cricket advised Pinocchio to always follow his conscience, itï`s the cricket-conscience himself who follows the wooden puppet everywhere"even to the bottom of the sea, where the inquisitive but irresistible insect finds himself inside a bubble.

Jiminy Cricket "Bubble Trouble", an Open Edition release is richly plussed with exquisite details including a glass bubble, exquisitely capturing this classic character in a delightful yet rarely portrayed moment.

Released to commemorate the 70th Anniversary of Walt Disney's Pinocchio.