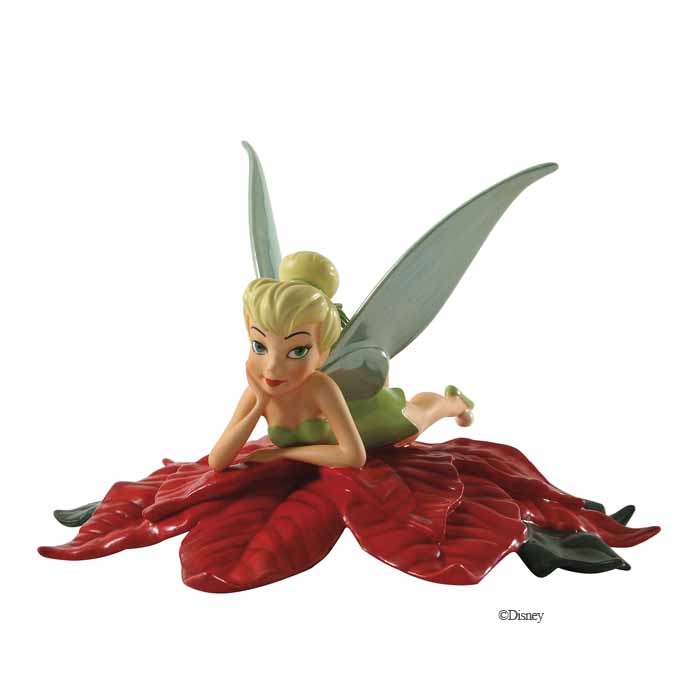 As an option you may also pay for WDCC Disney Classics Peter Pan Tinker Bell Delicate Daydreamer 2011 Winter Event Piece using Paypal Checkout. Please note that all orders must be delivered to a physical address verified by Paypal. This PayPal option is not applicable to orders to be delivered to Military or International orders.

The little fairy Tinker Bell glows like a firefly and leaves a trail of pixie dust behind her as she flits about with the speed of a hummingbird, Walt Disney once said of the perpetually popular pixie. But lucky for us, Tinker Bell has momentarily paused to prettily perch upon a holiday poinsettia as fiery red as Tink's own temperament. Cute and curvaceous Tinker Bell (plussed with a pewter hair ribbon) knows how to brighten up any season.