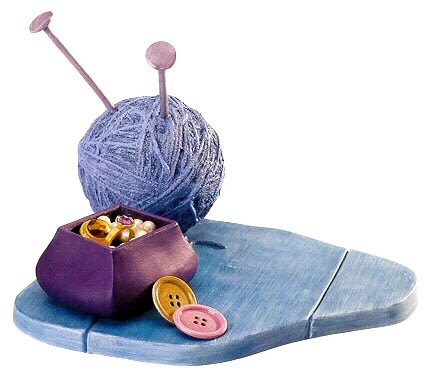 Exclusive display base was available for purchase by members who joined or renewed by April 30, 2001. The base is decorated with accessories from the dresser drawer including Wendy's jewelery box, knitting needles and yarn, so as to recreate the delightful film scene. ,br>
Edition closed 12/31/01.