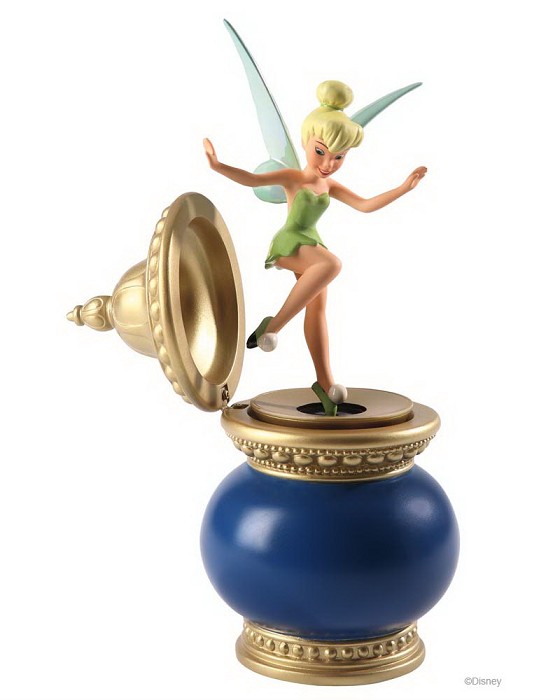 The little fairy Tinker Bell glows like a firefly,said Walt Disney of one of his most popular characters, as she flits about with the speed of a hummingbird.
Plussed with a bronze foot and a magnet to hold Tink in place, this delightful sculpture prettily portrays the twinkling sprite as Peter Pan's pixie pal daintily dips her tiny foot in Captain Hook's inkwell.