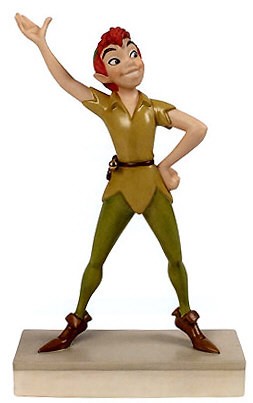 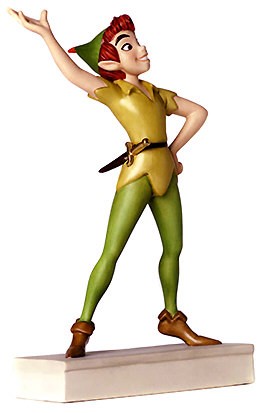 Peter Pan Off to Never Land

The Darling Nursery Scene was released in 2000 and included Wendy, John and Michael Darling and Nana (2000 Members Only Scene Completer) and the Bed Base to display John and Michael.
In 2001, Peter Pan and the Window Base were added.