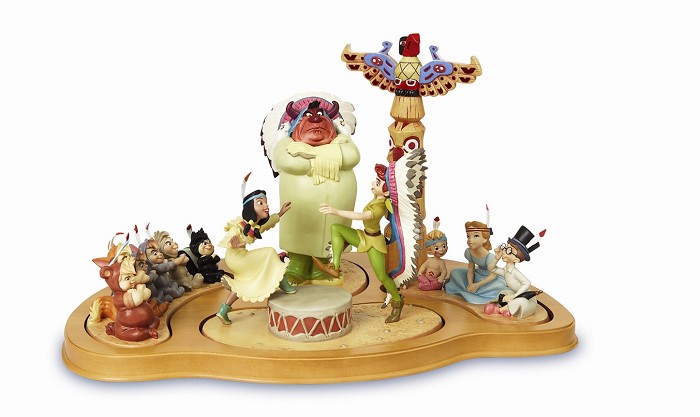 Plussing:
Peter Pan & Tiger Lily's Legs: Pewter.
Indian Plumes: Pewter.
Indian Chief's Pants (Edge): Pewter.
John's Glass Frames: Brass.
Particulars:
Numbered Limited Edition of 1,000.
Set includes a wood base. The porcelain sculptures will NOT be attached to the wooden base--they will be removable. This will permit collectors to display the pieces either with the bases or without.
Sold as set only.