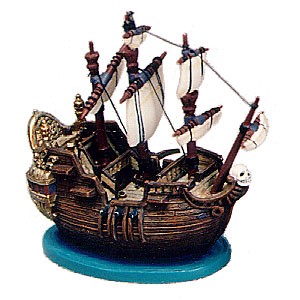 Captain Hook's Ship ornament (The Jolly Roger) was released as part of the Enchanted Places.