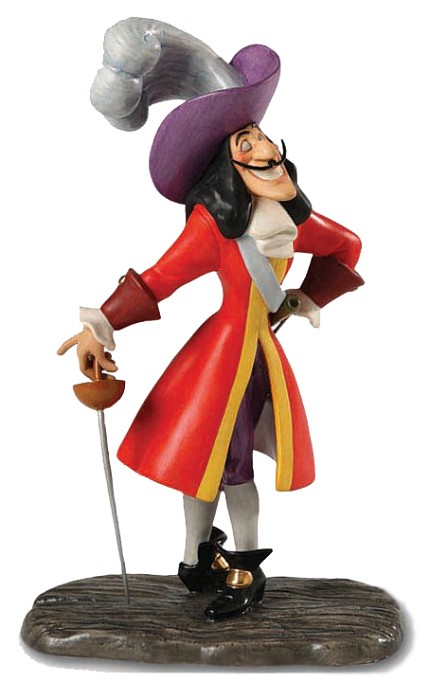 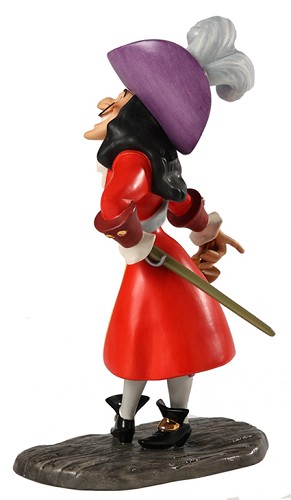 Peter Pan One of Disneyï¿½`s greatest villains, Captain Hook is a conniving combination of calm-sea smoothness and fearsome ferocity. One of Walt Disneyï¿½`s directing animators liked Captain Hook because of his finesse and how he thought of himself as very refined and sophisticated. Two members of the Peter Pan creative team disagreed about Hook, with one seeing him as a foppish dandy, who loved all the finery, while the other saw him as a mean character who used his hook menacingly, while Walt saw something fascinating in both approaches. This handsome but haughty sculpture " plussed with bronze and pewter " shows Hook expressing his displeasure with Peter Panï¿½`s playful prank, not with rage but with deceptively polished manners, capturing all the sinister sophistication of the elegant Captain Hook.