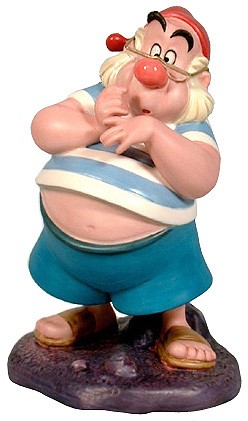 There is 1 Available of Peter Pan Mr Smee Oh Dear, Dear, Dear (event) at this price.

You'll adore the protruding rotund belly Mr. Smee saunters around with along with the actual spectacles.
Plussing:
Backstamp: A special backstamp was designed for the Events-Only sculpture.
Eyeglasses: Real glass lenses and gold wire frames.