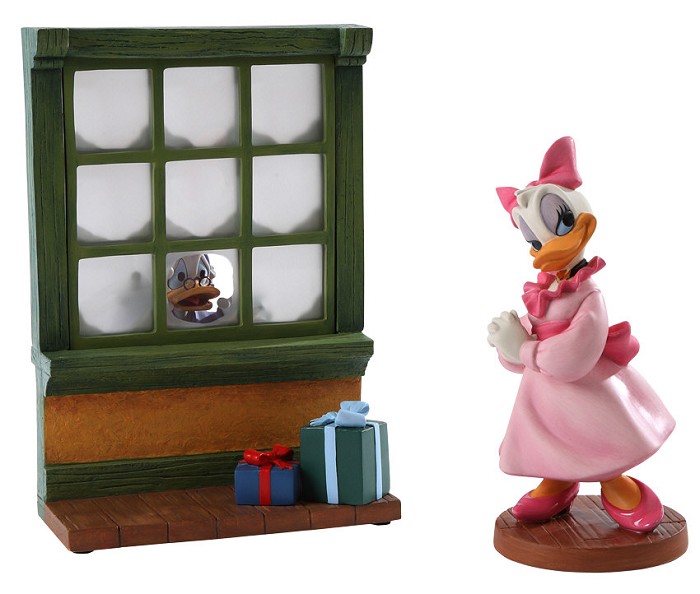 Mickeys Christmas Carol Reflections Of Christmas Past (SOLD AS A SET)

MICKEY’S CHRISTMAS CAROL Ebenezer Scrooge (portrayed of course by Scrooge McDuck) is discovering the Christmas spirit the hard way—revisiting his past by gazing through the window (plussed with clear plastic panes) of Fezzywig’s Tea Shop. In this charming version of the Dickens classic put on by Mickey and his friends, many Disney favorites put in a welcome appearance, including glamorous Daisy who portrays the young Scrooge’s ladylove, Isabelle, bedecked in her holiday best. Also at play at Mr. Fezzywig’s party are Huey, Dewey and Louie, putting a festive final touch on the Christmas tree, (plussed with pewter and miniature ornaments) and like Scrooge and Daisy, bringing holiday merriment throughout every season.