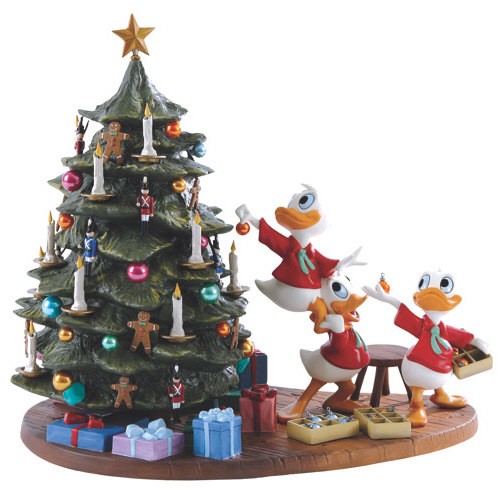 Also at play at Mr. Fezzywigï`s party are Huey, Dewey and Louie, putting a festive final touch on the Christmas tree, (plussed with pewter and miniature ornaments) and like Scrooge and Daisy, bringing holiday merriment throughout every season.