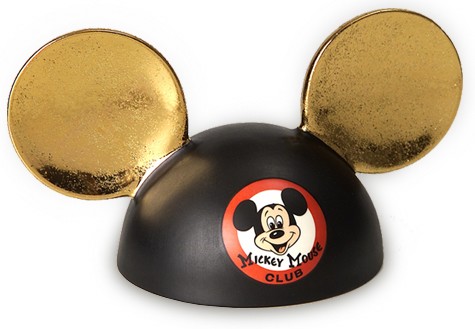 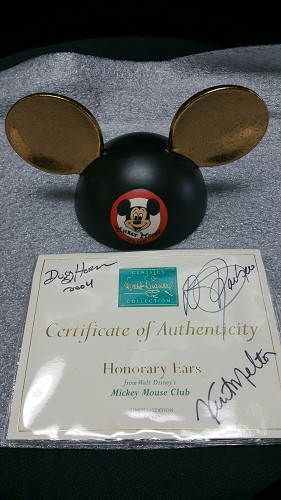 Mickey Mouse Club Ears Honorary Ears. The figurine is signed by Dusty Horne, Ken Melton & David Pacheco as well as the certificate. Ears: Painted with metallic gold paint. Special Backstamp: Each sculpture has special Convention logo backstamp pictured below). Production Changes: None. Particulars: 2004 "Celebration of Walt Disney Art Classics" Convention held May 14-16, 2004 at the Disneyland Hotel in Anaheim, CA. Gift given to WDAC Mini Convention guests upon registering in for the convention. Suitable for signing by Mousketeers who were in attendance at the event. Honorary Mouse Ears are made of porcelain. Edition size of 650.