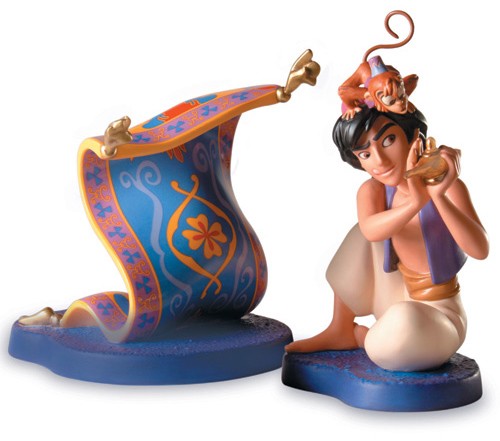 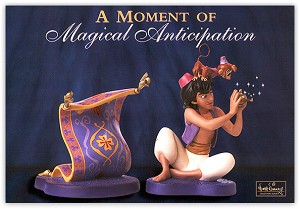 Aladdin, Abu and Carpet Third release in the Members Only "Of Dreams & Magic" series. Only available to order from January 01, 2005 to March 31, 2006 6" (Overall height-Specifics on Aladdin/Abu and Magic Carpet N/A at this time).