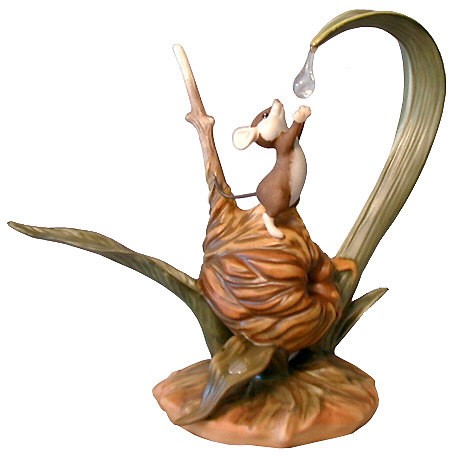 Crystal Dewdrop: A shiny Austrian Crystal dewdrop slides off leaf, suspended above the mouse's outstretched paws.
Limited Edition Backstamp: Each is crafted with a gold backstamp.
Anniversary Backstamp: A special gold script message '50th Anniversary' was added to the backstamp of all sculptures.