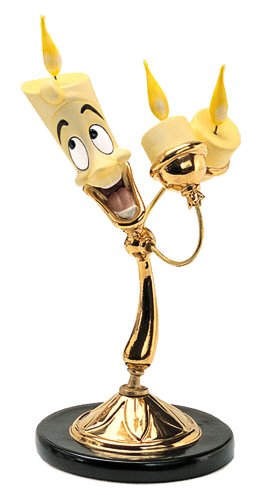 WDCC Beauty And The Beast Lumiere