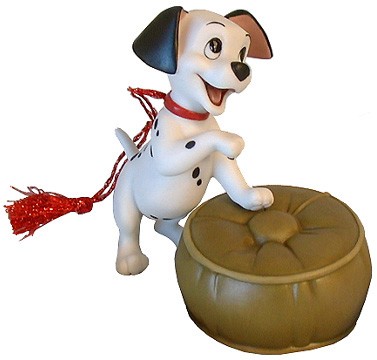 WDCC One Hundred and One Dalmatians Lucky Dalmatian Ornament (event)