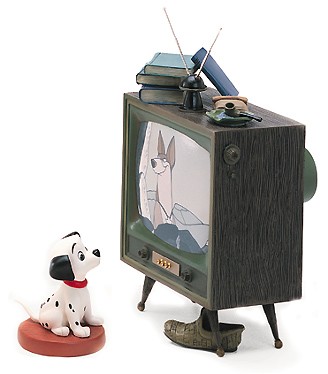 WDCC One Hundred and One Dalmatians Lucky And Television