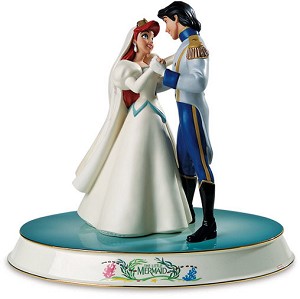 WDCC The Little Mermaid Base

Little Mermaid Base Figurine not included.

Elegantly embossed with each film's title and icons from the films themselves, these new bases enhance the sculpted movement and enchanting romance that are such a part of the Walt Disney Classics Collection's Dancing Couples.