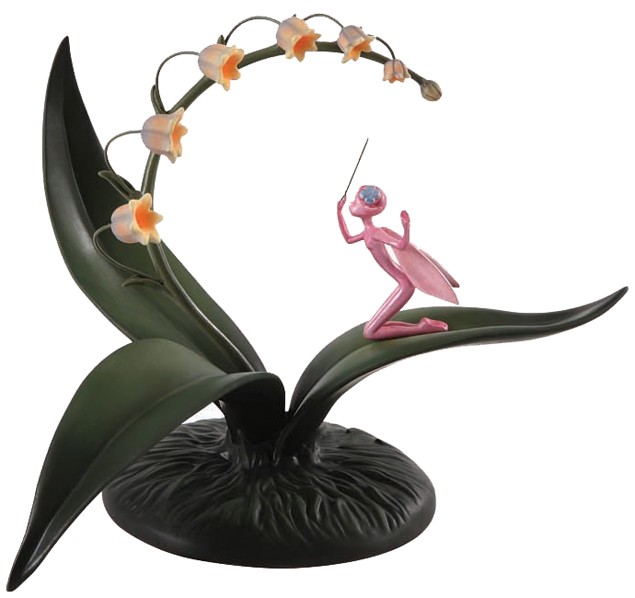 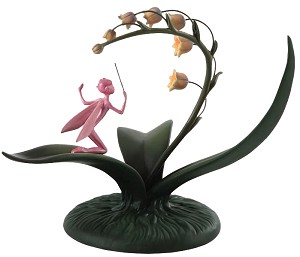 Lily of the Valley Fairy The Gentle Glow of a Luminous Lily sculpted by Kent Melton is a Numbered Limited Edition (NLE) of 500.

As Walt Disney and his artists created Fantasia's ethereal Fairies, director Sam Armstrong suggested that The Fairies can dart around like a hummingbird, then stay poised, still in the air with their wings humming; then dart again. Even when still, as in this sculpted portrayal of the Lily of the Valley Fairy, the dainty sprite conveys a spirit of motion. The fantastical Fairy motif is one of the most fanciful of the many entrancing elements that make up ï¿½he Nutcracker Suite for, while many of the characters are nature's own flora and fauna, the gossamer fairies are beings of pure fantasy. Richly plussed with bronze details including the flower stem and the glistening Fairy herself, this exquisite sculpture embodies all the enchantment of Walt Disney's animated masterpiece and makes the ideal complement for the other dazzling Fantasia Fairy pieces from the Walt Disney Classics Collection.