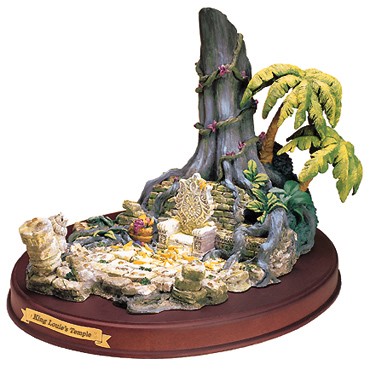 Plussing:
Anniversary Backstamp: A special gold script message '30th Anniversary' was added to the backstamp of sculptures crafted in 1997.
Particulars:
King Louie's Temple was released as part of the Enchanted Places.
Hand engraved serial number.
Sculpture comes with a wood base with engraved brass nameplate.