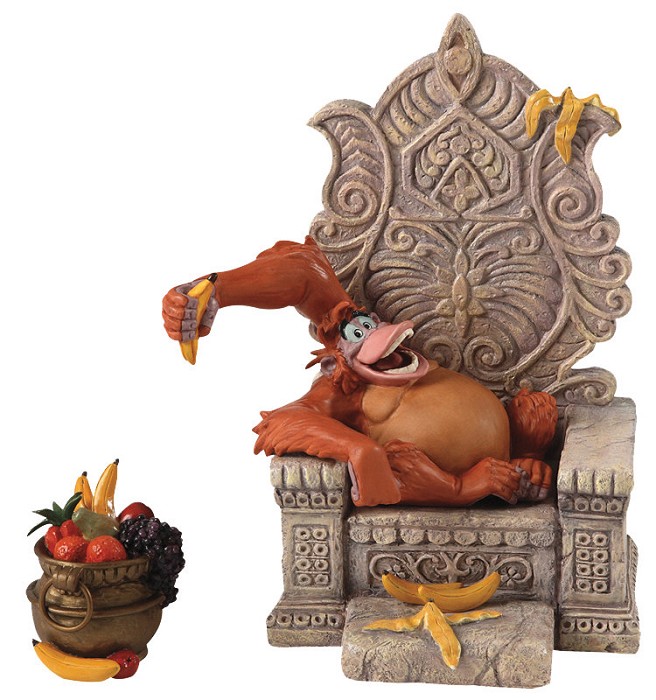 "Orangutango-Jango!" (From Walt Disney's The Jungle Book).
It's no wonder this madcap monarch is known as King Louie the most, for he's the most outrageous animal in the jungle. This kooky orangutan holds crazy court in an ancient temple, where Louie loves to dance up a storm when he's not lounging on his elaborate throne. Complete with an urn full of jungle delicacies, and plussed with wire, pewter and resin, this irresistible sculpture set captures both the setting and the royal insanity of this Jungle Book favorite, proving this absolute ruler is absolutely bananas. King Louie entitled Orangutango Jungo is a numbered limited edition of only 750 pieces and releases in spring 2010.