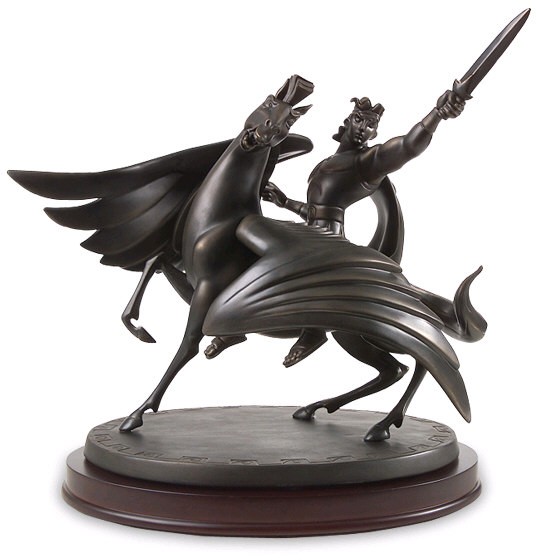 Plussing:
Legs: Bronze and pewter.
Sword: Zinc.
Particulars:
A wood base enhances the beauty of the bronze finish and the quality of the pieces.
Hercules and Pegasus are one of the 1st releases in the Gallery Edition series.
Limited Edition of 500. While the sculpture is indeed a Limited Edition of 500 worldwide, it is infact not individually numbered. The announcements stating that this sculpture would be numbered was unfortunately incorrect.